We offer you an impressive tour, which includes a large diversity of sights: Orthodox churches and monasteries, nature wonders and old culture places, big and modern towns, as well as tours in beautiful nature areas.

Sofia – founded thousands of years ago, today the city continues to develop as the country’s cultural and economic center. In honor of its hot springs, in the 8th century BC the Thracian tribes settled here and gave the city its first name – Serdika or Serdonpolis. Sofia has preserved many valuable monuments from its long and storied past.

The past of Gabrovo and the area nearby nowadays exists in the Architectural and Ethnographic Complex Etar. In the crafts street the visitors can watch in real time the work of the craftsmen. Besides observing the authentic technology which the craftsmen use, the visitors can purchase the articles made before their eyes.

The summer residence of Veliko Tarnovo during the Second Bulgarian State.The most interesting museums in Arbanasi are the Konstantsaliev house, The Birth of Christ Church, and The Church of the Archangels Michael and Gabriel.

Plovdiv is a large industrial and commercial center. The town hosts theater, dancing and movie festivals, and the numerous archaeological finds of Thracian, Roman and Byzantine times not only recall the glorious past, but are successfully combined with the modern architecture of the town.

The second largest monastery of Bulgaria and a popular destination, it has retained its contemplative aura. In the fascinating mountain world of the Rhodopes lies the contemplative monastery of Bachkovo. The coarse stone pavement of the monastic yard is broken through by grassy areas, flowers and shade – giving old trees.

The spiritual, educational and cultural centre of Bulgaria during the Bulgarian Revival Period. The Rila Monastery is one of the symbols of Bulgaria and is also a popular tourist destination. 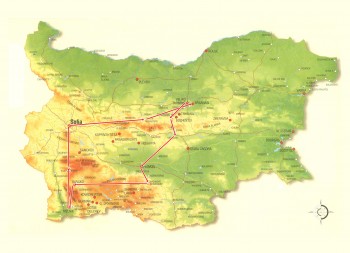 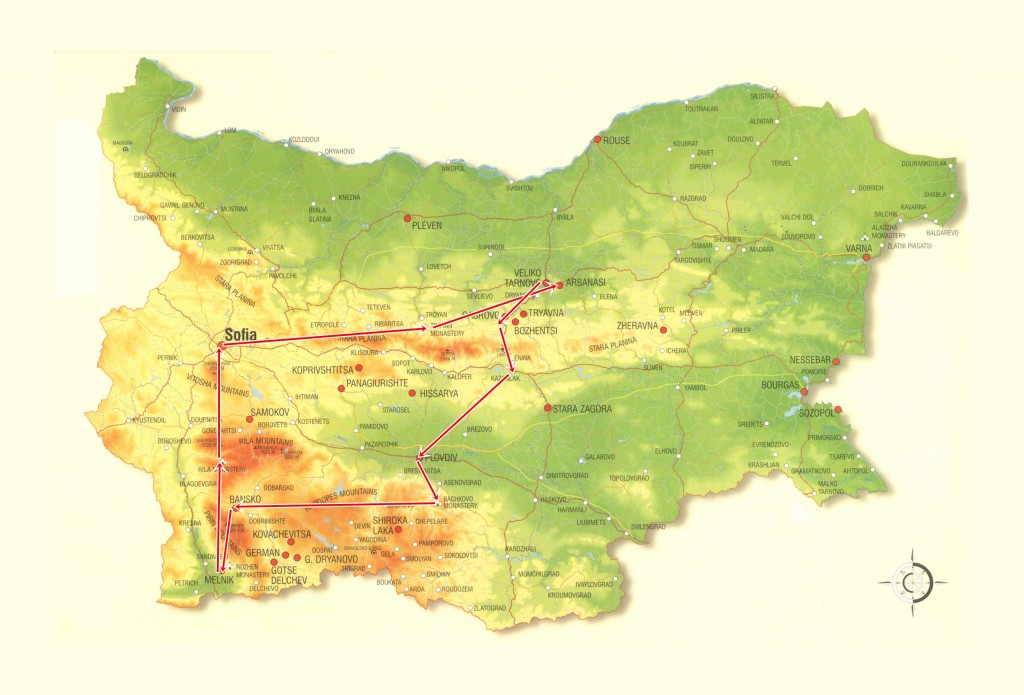