For this wine tour we have chosen as our accommodation the Midalidare Wine Estate, set amidst the vast rolling countryside in the heart of the Sredna Gora, in the village of Mogilovo. It has two wineries built at either end of the village and surrounded by 160 hectares of carefully tended vineyards. Midalidare Wine Estate has a hotel – Midalidare Hotel & SPA, which revives a two-century-old school building to turn it into a cosy place for guests. The building is located just minutes from Midalidare’s two wineries, and rooms overlook the hotel’s garden and the majestic forest nearby.

The Valley of the Thracian Kings

Today we will introduce you to the kingdom of the Odrysi during their greatest rise. We will visit the most interesting tombs in the valley and see the artifacts found in the local archaeological museum. An impressive constellation of tombs, mounds and monuments of Thracian culture. They reveal the timeless homes of Thracian kings and aristocrats buried with honours. Ostrusha, Svetitsa, Helvetia, Griffins, Shushmanets, Golyama Kosmatka. We will not miss the opportunity to learn more about the centuries-old tradition of producing one of the finest rose oils.

Stara Zagora is one of the oldest cities in the world, a fact we may have missed, but in any case it is well worth an exploratory walk. The interesting museum sites to visit are far from limited to one building, but are scattered throughout the city. There is something interesting everywhere – the archaeological sites of the Roman city of Augusta Traiana, the mosque in Stara Zagora, the Museum of Religions… The place is impressive in that it has been a religious site since antiquity. There are remains of a cult pit from 12,000 years ago, a pagan shrine from the 2nd-3rd centuries, a medieval Christian cemetery church and a Muslim temple. Today, the mosque has been restored and conserved, and the exhibition inside shows the unique continuity between so many religions in one place. One of the main attractions in Stara Zagora and one of the most historically impressive expositions is in the Neolithic Housing Museum – a history of 8000 years. How did the people of the Flintstones’ time live?

The wines of Thrace

The climate of the southern Bulgarian region is temperate-continental with good distribution of rainfall throughout the growing season. It includes the central parts of the Thracian lowlands and parts of Sakar. Most of the red grape varieties are concentrated in this region. The indigenous varieties characteristic of this wine region are Mavrud, Rubin, Pamid and Red Misket. Merlot, Cabernet Sauvignon, Syrah, Cabernet Franc and others are also grown. A region distinguished by some of the richest and fullest-bodied red wines with ageing potential. We will visit some of the following wineries: Zagrey Winery, Roxs Winery, Bether Half Winery. 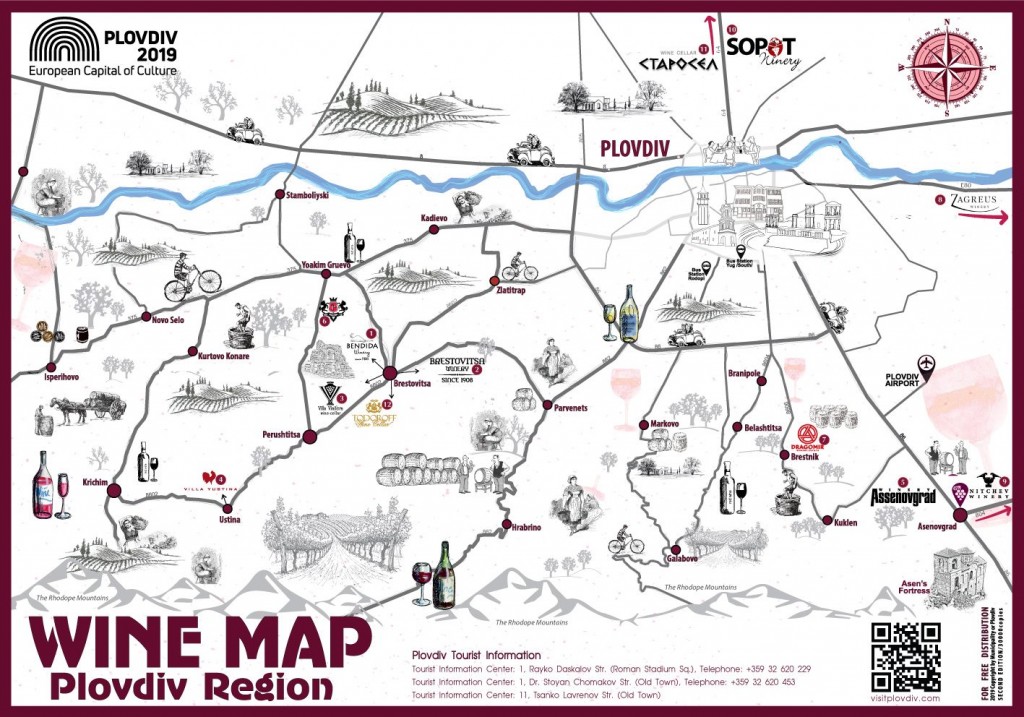