“The Thracian tribes are the first mentioned in Homer’s Iliad and Odyssey. He described them as brave warriors and excellent seafarers, allies of the Troyans in their war against the Achaeans. The Thracians inhabit today’s Bulgaria from the Bronze Age to the late Antique Age. Since the 4th millennia BC to the 6th c AD, they crated a unique civilization equaled only by the Greek and the Persian. The most famous Thracian tribes were the Odrissians, the Ghetians, the Tribalians, the Serdians, and the Dhacians. In the 6th C BC they united in states. In the beginning of the 1st C AD they were conquered by the Romans and after the 5th – 6th C AD by the Slav and Bulgarian tribes…”

Perperikon is located in the East Rhodope Mountain – the rock city stands on a cliff top at a height of 470 meters. The comfortable river valley has created conditions of life since ancient times. Therefore the valley is strewn with dozens of archaeological sites from various ages, the center of which is Perperikon. The medieval archaeological complex Perperikon is one of the most ancient monumental megalithic structures, entirely carved into the rocks. It is one of the most popular tourist destinations in Bulgaria. Religious activity at the top of the cliff began in the 5th century BC. It is associated with the beliefs of the Copper Age people, who started the cult of the sun god. Here they established the first sanctuary and started leaving food in containers for the gods. According to the legends, two crucial prophecies were made from the altar of this temple. The first one predicted great conquest and glory for Alexander the Macedonian, and the second, made several centuries later, predicted power and strength for the first Roman Emperor – Gaius Julius Caesar Augustus. Today the ancient glory of Perperikon rises. The holy city is unique in terms of archaeological, historical, environmental and multi-religious aspect – it is one of the World’s Wonders.

Day 4 Hissar – Starosel– The valley of the Thracian Rulers – Kmetovtsi 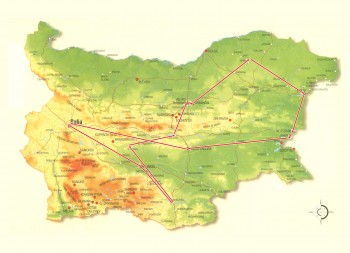 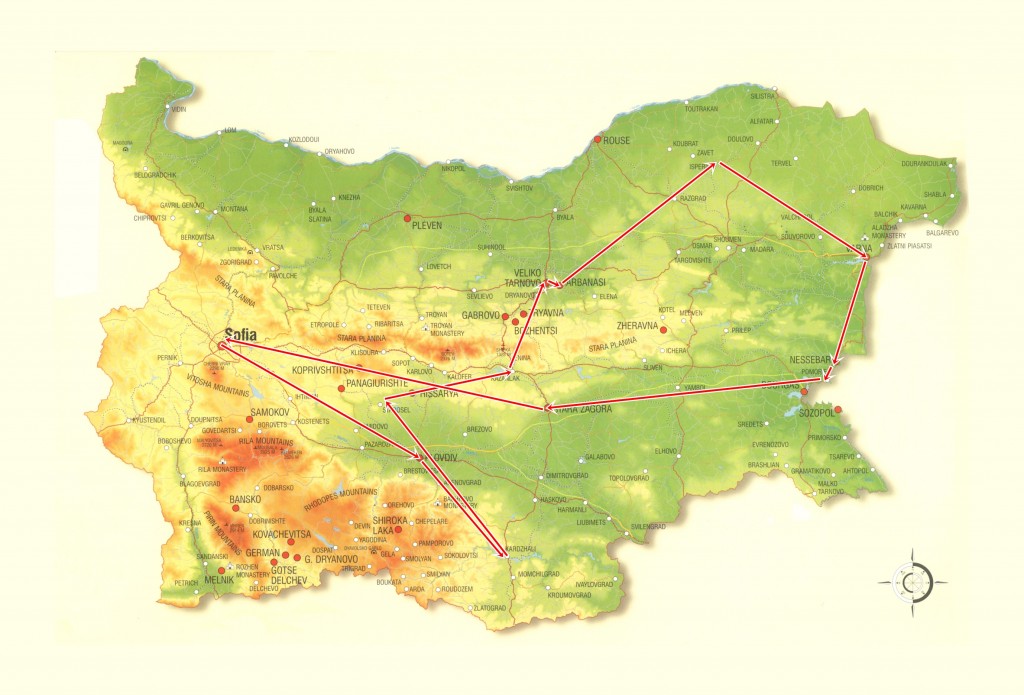